Every vehicle is built with a certain type of engine and every engine also requires a certain type of fuel to maximize its performance. For example, large vehicles like trucks and SUVs run with an engine system that uses diesel fuel due to its capacity to generate torque and horsepower at low rpm. But what types of diesel fuel ensure optimum performance for high-powered engines?

Diesel fuels are divided into three (3) different classes. Each class is rated depending on its viscosity (the property of a fluid that causes resistance to the fluid’s flow) and pour point (the lowest temperature at which the fluid will flow).

The following are the three diesel fuel grades and how they’re used:

This makes the 2D variety the recommended fuel for carrying heavy loads for long distances at sustained speeds because it is less volatile and provides greater fuel economy.

While gasoline is rated by its octane, diesel fuel is rated by its cetane, which indicates its combustion speed and compression needed for ignition. 1D and 2D diesel fuels have a cetane value between 45 and 55. The higher the certain rating, the easier the fuel will ignite, which is ideal for high compression engines. If the cetane is too low, you will have difficulty starting your vehicle.

What Are the Different Types of Diesel Fuel?

Various types of diesel are used for certain types of vehicles. The list below will help you better understand what is diesel made of, and the differences between diesel fuels.

Petroleum diesel, also known as fossil diesel, is the most common type of fuel. It is often used in buses, trains, freight trucks, as well as farm and construction vehicles. Petroleum diesel also powers a lot of the new passenger vehicles today.

Its components are obtained from the distillation of crude oil at temperatures between 200-350 degrees celsius, resulting in a mixture of carbon chains containing around 8-20 carbon atoms per molecule.

Synthetic diesel was developed due to people’s desire to find long term-term low-carbon fuel alternatives. Its production may come from any carbonaceous materials which are not limited to biomass, biogas, natural gas, and coal.

It is produced through a process of chemical reactions, called the Fischer-Tropsch synthesis, that transforms a combination of carbon monoxide and hydrogen into a variety of synthetic hydrocarbons. This type of diesel is free of sulfur and other petroleum byproducts, reducing overall carbon emissions.

Biodiesel is an alternative renewable fuel source to petroleum-derived diesel that is made from an increasingly diverse mix of resources such as recycled cooking oil, soybean oil, and animal fats. It is a clean-burning diesel that can be used in existing diesel engines even without modifications. However, many fuel equipment manufacturers have expressed their concerns with the excessive use of biodiesel, claiming it can cause adverse effects over the entire life of the engine.

This is a renewable diesel that can be produced from various vegetable oils and fats containing a chemical compound known as ester, which is derived from triglycerides and fatty acids. Ester is then converted into alkanes with a process that refines and hydrates the substance. This type of fuel is similar to synthetic fuel, only it has a lesser density and energy content.

DME is a clean-burning, non-toxic fuel that boasts a high cetane rating and discrete combustion and has the potential to be a renewable fuel. It can be a great alternative fuel due to its low-cost system, low soot (impure carbon particles), and reduced nitrogen oxides emissions.

While a grade #2 diesel fuel holds the highest amount of energy components and lubricant properties in one mixture, there are different types of diesel fuel you can look into. When choosing the best type of diesel fuel, you must consider the following:

Engine design has come a long way and the diesel engines of today are very different from those we’ve seen in the past. Modern types of diesel are designed to work at an optimal level with a fuel that has a certain cetane rating. Choosing the right type of fuel can make a difference in your engine’s performance.
Also, consider fuels that offer less overall emissions as your way of contributing to saving the planet. Finally, if you are looking for a 24/7 fuel delivery service in New Jersey, give Neighborhood Roadside Assistance a call today and your tank will be filled right away. 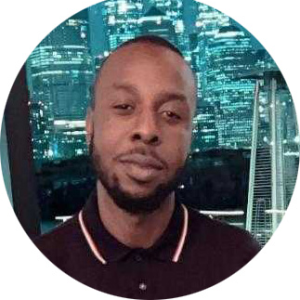 Stefon McRae
Stefon is a New Jersey native and entrepreneur. With over 8 years of experience in the automobile field , his thriving company ‘Neighborhood Roadside Assistance’ started in 2020 amidst a global pandemic , helping over 1000 customers in need. He believes and commits to prompt and professional customer work! Hard work , honesty and servicing the community with unbeatable pricing and fast arrivals is Stefon’s mantra.

WHAT TO READ NEXT 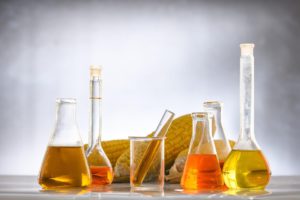 Biodiesel vs. Diesel: Everything You Need to Know

Clean and renewable energy is becoming a trend. When it comes to biodiesel vs. diesel, here’s a guide that shows you everything you need to know. 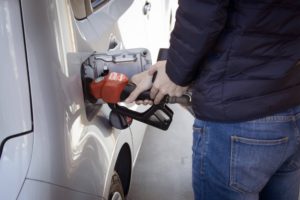 The difference between premium vs. regular gas lies in their octane level. Find out what’s best for your vehicle and how you can save a few bucks. 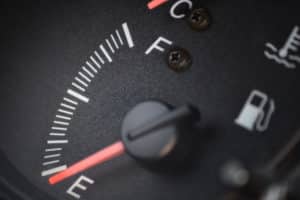 20 Tips on How to Save Gas While Driving

Want some tips on how to save gas while driving? Read on and find out how you can cut back on your gas expenses without compromising your travels.

Neighborhood Roadside is a New Jersey business based on values of integrity and excellent customer service.
APPLY TODAY